Third-party modern file explorer app for Windows 10, Files will soon receive an update in the Microsoft Store that will bring its version to v2. The update will be major and the app developer has been kind enough to share the major changes and new features that the update will bring with us.

Files v2 will bring multiple design improvements, smooth scrolling, reduced memory usage, improved reliability and faster file operations, redesigned context menu and toolbar, new icon, extension with more many custom skins created by users and much more. You can review the changelog in detail below, although there are still more changes that aren’t listed below.

Files v2 will come with a refreshed design and a brand new icon to fit directly into Windows 11. In addition to the redesign, we are making many improvements to custom skins as well as an optional extension that will come with many third party skins created by Files users. We expect this expansion to improve over time as more users contribute new skins. We also took the opportunity to redesign the toolbar and contextual menus of the application to be more intuitive.

Apart from the design changes, the app is much more reliable and also works faster. Some of the most important changes to come in terms of functionality include 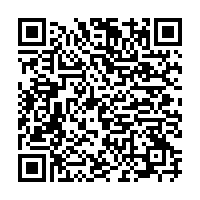